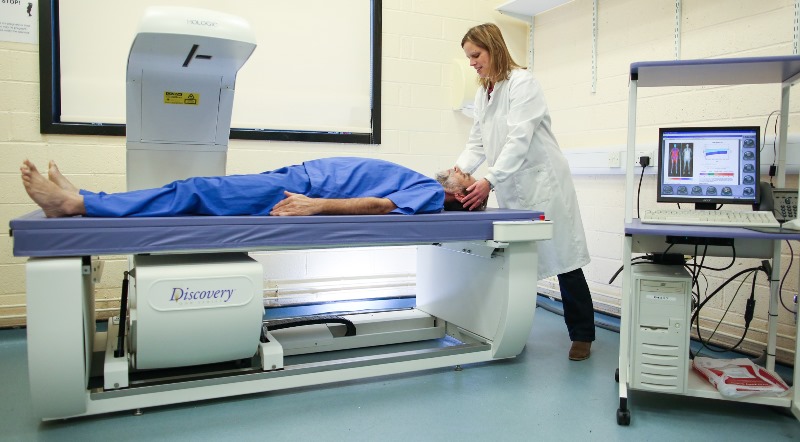 Aberystwyth University is launching a brand new Well-being and Health Assessment Research Unit (WARU) during an Open Day on Wednesday the 15th of March.

The unit is located in the IBERS Carwyn James Building on Aberystwyth University’s Penglais Campus and scientists there will be undertaking research activity and projects to promote health and well-being in the community.

The purpose of the research unit is to contribute towards future practical solutions that help reduce the burden of chronic disease and hospital admissions in the UK which work closely with the health and research team at Aberystwyth University.

The Open Day is open to all mid-Wales residents aged over 18, and will offer a range of free on the day health and well-being assessments and demonstrations including dietary analysis, lung function and body composition.

The WARU team will also address physical activity and physical capability measurement, ‘smart’, digitally-linked technology to reinforce healthy behaviour and the role of exercise in lowering risk of developing or worsening of chronic conditions such as diabetes, stroke and Parkinson’s

The day will also feature a series of short 15 minute talks on a wide range of subjects covering strokes, frailty, diabetes and coping with stress for students.

Dr Rhys Thatcher is a Sport and Exercise specialist at Aberystwyth University’s Institute of Biological, Environmental and Rural Sciences and said “At WARU we aim to support people in mid-Wales towards a healthier lifestyle, empowering those people to help themselves. WARU will be the focal point for health and well-being research within the University. We will be regularly looking for members of the community to participate in our research projects, for the benefit of the community as a whole”

The first research project to be undertaken at WARU is MWH@home (Monitoring Well-being at Home), funded by EIT (European Institute of Innovation & Technology) and led by the IBERS Professor John Draper who said

Life-expectancy in Britain has steadily increased over the last century, but unfortunately this has been accompanied by an increase in obesity and chronic health conditions often linked to diet, such as type 2 diabetes and coronary diseases.

Although most individuals are aware of what constitutes a healthy diet, encouraging behaviour change to improve eating habits is proving extremely difficult. WARU will aim to contribute to improving this“

The current tools used to assess the healthiness of the British diet have major limitations but recent research in IBERS has shown that the chemicals derived from food can be found in the urine and measurement of these can be used to accurately assess diet.

A key aim of the MWH@home project is to determine whether providing objective measurement of diet via urine analysis in conjunction with self-quantified diet diaries can help individuals to understand their true eating habits and with this information help promote a healthier lifestyle.

Individuals volunteering for the project will be provided for free ‘smart’ weighing scales and tape measures linked to a tablet-computer to help them estimate body condition in their own homes as a further measure to promote a healthier lifestyle.  Three times over a year they will visit WARU to undergo a comprehensive series of tests to assess their Well-being and Health and get feedback on their urine tests.

WARU will also be running a series of regular health MOT opportunities, commencing with the over 60s MOT on March 22nd, an event that has been successfully run by IBERS Dr Marco Arkesteijn and David Langford, working with Age Cymru in the Carwyn James building over the last 3 years.

Skip back to main navigation